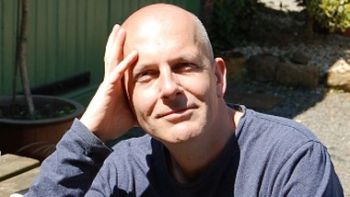 Dr Stuart Hogarth is a member of the Department of Social Science, Health and Medicine at King’s College London. He trained in the history of medicine, but now works at the interface between medical sociology, bioethics and science and technology studies. He is interested in understanding how post-genomic science enters clinical practice as personalised medicine and my research maps and analyses the emergent socio-technical regime which supports that translational process.

In 2012 Dr Stuart Hogarth was awarded a Wellcome Trust fellowship to conduct a three-year comparative study looking at how DNA patents have affected the development and adoption of HPV tests for cervical cancer screening in the USA, UK and China. Building on this project he is now leading the development of a new research group within the department focused on the molecularisation of oncology.

His work combines empirical research in a political sociology framework with normative analysis of public policy and commercial strategy. He is also a member of the Department of Health’s Emerging Science and Bioethics Advisory Committee. In recent years he produced policy reports and briefings for Health Canada and the European Commission and the Human Genetics Commission (HGC) on the regulaton of genetic testing and on the impact of gene patenting on diagnostic innovation. Between 2005 and 2010 he worked with the HGC on the issues surrounding the direct-to-consumer genetic testing sector, latterly as a member of the UK working group convened by the HGC which developed a Common Framework of Principles for the sector. His work on the regulation of genetic testing received a Leveraging / Collaboration Award from the US Food and Drug Administration and I participated in the drafting of the OECD’s guidelines on quality assurance for molecular genetic testing. He is now continuing to work in this area as a member of the FP7 EuroGentest network with a particular focus on the proposed new EU regulation for IVD devices.

He has been on the organising committees for international meetings on the regulation of genetic testing in the United States, Japan and Europe.