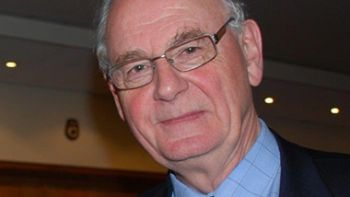 Having qualified from University College and Hospital, London, in 1970 Tim Eden held training posts in London, Portsmouth, Isle of Wight, Edinburgh and Stanford University USA. He has held Consultant jobs in Bristol, Edinburgh, London and Manchester, the latter two as Professor of Oncology, initially in Paediatrics but latterly as the Teenage Cancer Trust Professor of Teenage and Young Adult Cancer. He us now Emeritus Professor in Paediatric and Adolescent Oncology at Manchester University.

His research has included: the creation, analysis and reporting of clinical trials, specifically for ALL and lymphoma; the epidemiology and aetiology of childhood cancer; the psychosocial functioning of children and their families; and supportive care. He has chaired many national and international committees including as President of SIOP (2004 – 7), Chair of UKCCSG (now CCLG UK), and the Medical Research Council Childhood Leukaemia Working Party (1991 – 2000). He was a founding Medical Trustee of World Child Cancer (created 2007), paediatric adviser to AfrOx (from 2007) and an Adviser to the Commonwealth Scholarship Commission (UK). He has published over 300 peer reviewed papers, editorials and book chapters on paediatric and adolescent haematology and oncology. He is now dedicated to the promotion of twinning between units/hospitals in high income countries and-middle income countries to try to improve supportive, palliative and curative care for children worldwide.